What can you say about Madison Bumgarner that hasn’t already been said? All the superlatives in the English language have been used.  Legendary. Incredible. Beast. Thrilling. Impeccable: 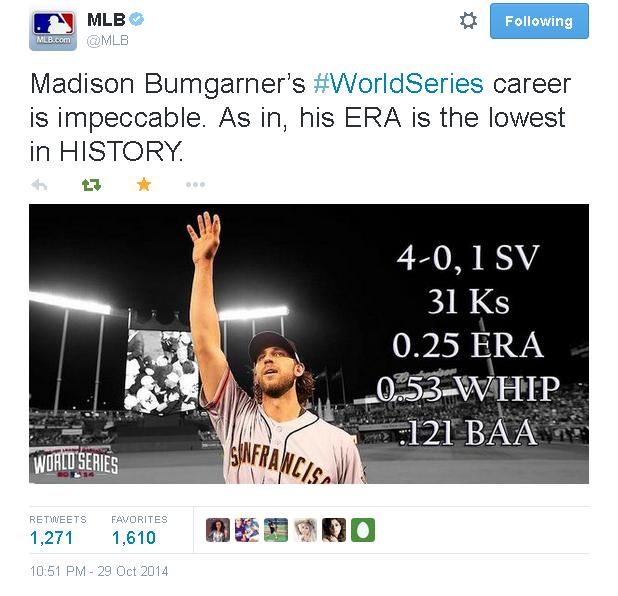 Also: The Best. Stone-Cold Champ. Dominating. My personal favorite? Madison Bumgarner is a San Francisco Giant. That puts a thrill into my heart that no other turn of phrase could do half as well. I’m so happy and grateful that he’s a Giant. Plus…snotrockets!

Madison Bumgarner came into The World Series Game 7 in the bottom of the 5th inning, after Giants starter Tim Hudson went 1.2 innings and reliever Jeremy Affeldt pitched 2.1 innings. Most people expected Bumgarner to go a couple of innings  and then probably Giants manager Bruce Bochy would bring in Sergio Romo for the 8th and closer Santiago Casilla for the 9th. Bumgarner had other ideas. After having pitched a brilliant complete game, 4 hit 0 walks shutout on Sunday Bumgarner came in to pitch 5 scoreless innings and get the save on only two days rest. Is he human? Is he part man, part machine? These questions will baffle  baseball fans and writers for days and weeks to come.

Now let’s get on to more important business. Relief appearance snotrockets! Here are Madison Bumgarner’s snotrocket totals and other vital statistics for Wednesday, October 30, 2014 on the road vs. the Kansas City Royals:

On Twitter @SanDiegoGiants won the award for Most Valuable Snotrocket Screencapper, firing up his snotrocket screencapping machine at a moment’s notice and captured some fine Bumgarner snotrockets for posterity. Here’s one from the 5th inning:

Another snotrocket from the 5th: 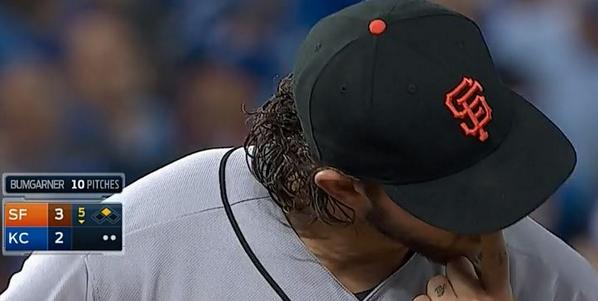 At exactly 7:58 PM in the 8th inning Bumgarner blew this snotrocket: 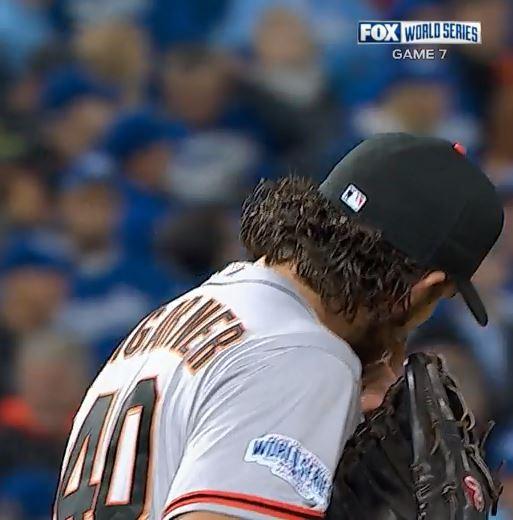 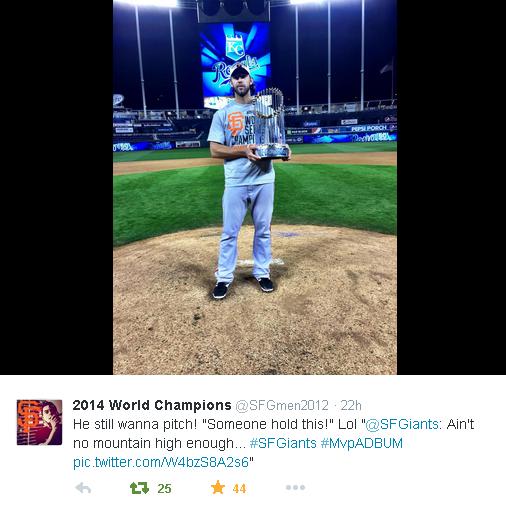