The Phillies were in town. Madison Bumgarner was on the mound. Snotrockets were in the air. It was a magical night. Of course it would have been more magical if the Giants had actually won the game but we can’t have everything can we.

What we can always have when Bumgarner pitches are his pièce de résistance: the snotrockets. Here are Madison Bumgarner’s snotrocket totals and other vital statistics for Saturday, June 25, 2016 at home vs. the Philadelphia Phillies: 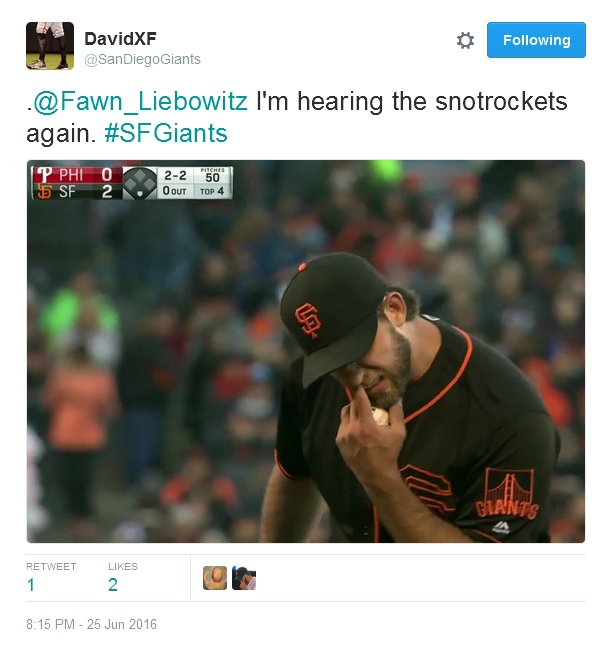 Top of the 5th inning snotrocket: 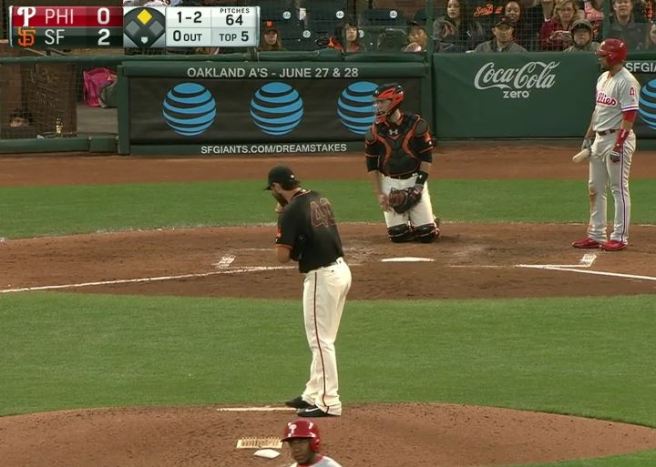 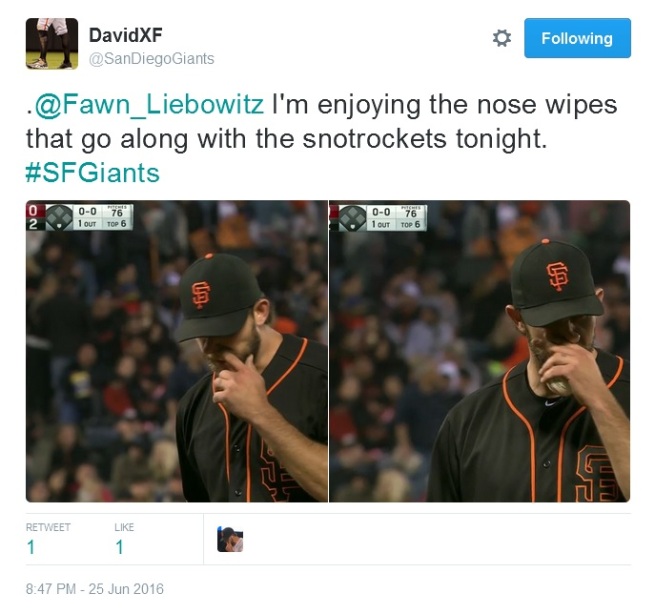 One fan finds her own Bumgarner nose delight:

Madison Bumgarner’s next start should be Thursday, June 30, 2016 on the road vs. the Oakland A’s. See you here or on Twitter for all the exciting snotrocket action.