Here are Madison Bumgarner’s snotrocket totals and other vital statistics for Thursday, August 18, 2016 at home vs. the New York Mets:

For most of tonight’s game Bumgarner’s favorite snotrocket screencapper @SanDiegoGiants was on assignment, causing mild panic in this snotrocket tallier. I mean, can you think of anything more boring than a snotrocket blog post with no snotrocket pics? Thankfully though he saved the day and captured some of Bumgarner’s proboscis production post-game. One snotrocket from the 3rd inning: 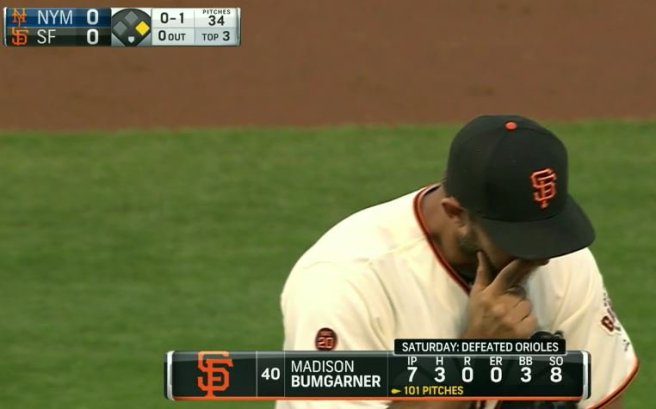 And 2 minutes later in the same inning: 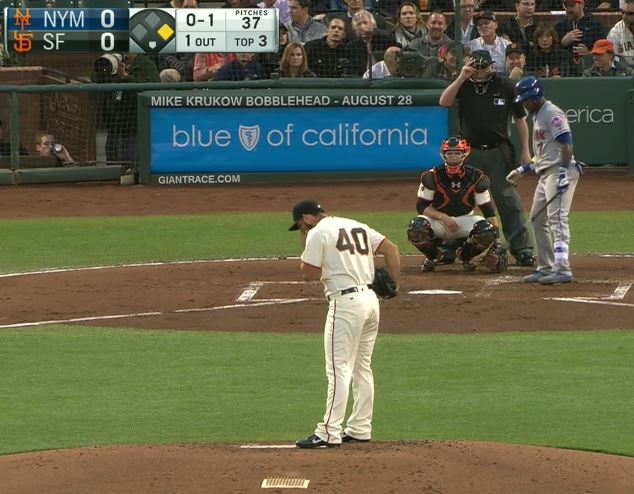 And for the actual video of Bumgarner’s home run: Click on this here orange link.

For Giants fans not enough can ever be said about Madison Bumgarner’s prowess at the plate. Others were quite impressed as well tonight: 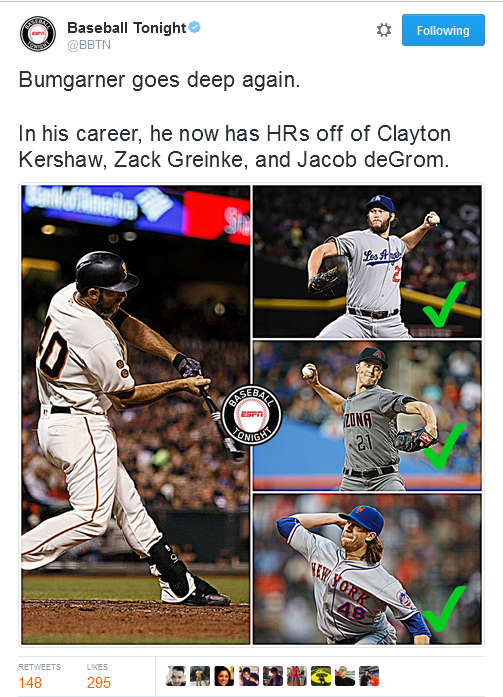 Yeah it’s not even close: 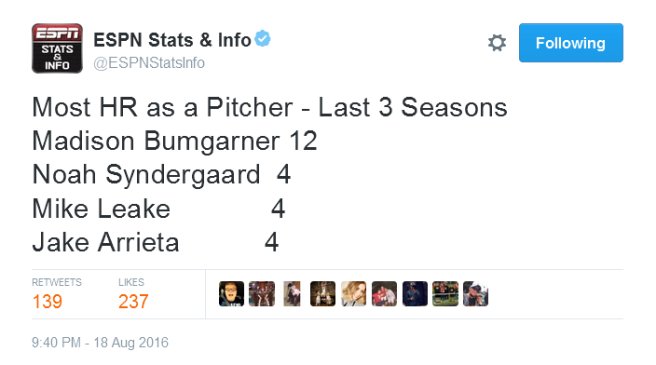 Sorry about it Trout.

Bonus screencap: The following has absolutely nothing to do with Madison Bumgarner or the Giants game tonight. It just happened on Twitter and made me laugh so much I’m including it here: 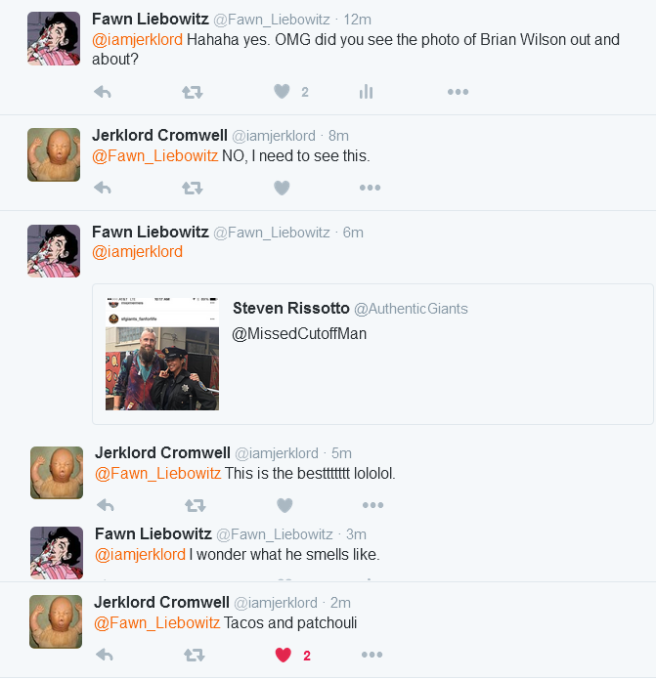 Closeup shot of a Brian Wilson in the wild , courtesy of Giants fan @AuthenticGiants: 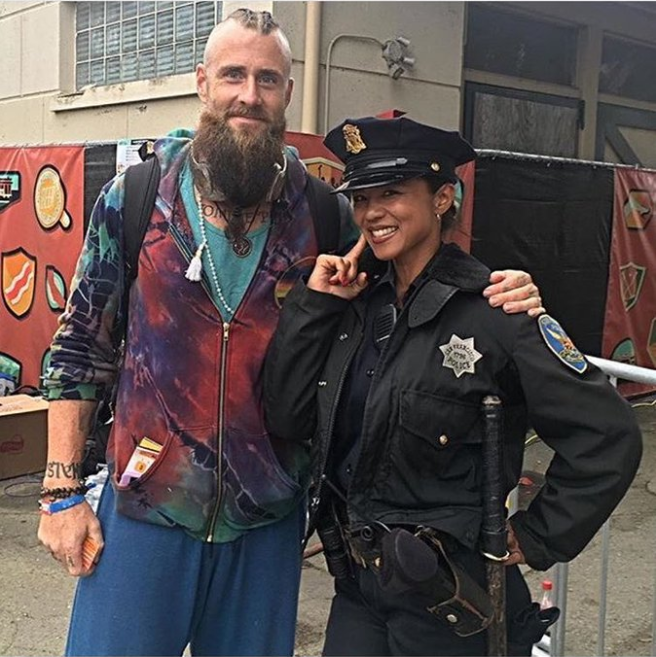 Madison Bumgarner’s next start should be Tuesday, August 23, 2016 on the road vs. the Los Angeles Dodgers (eeuuww). See you here or on Twitter for all the exciting snotrocket action.