So it turns out my fears that Madison Bumgarner’s snotrockets were gone for good were all for naught because in yesterday’s game we had Bumgarner mucus and not just loogies. There were actual, real, honest-to-god snotrockets. Can I just insert a YAY here? Also a PHEW?

Here are Madison Bumgarner’s snotrocket totals and other vital statistics for Wednesday, August 9, 2017 at home vs. the Chicago Cubs:

Filling in for Bumgarner’s regular snotrocket screencapper @SanDiegoGiants was the enterprising @iamjerklord. The first snotrocket of the game occurred at 1:26 PM in the 3rd inning: 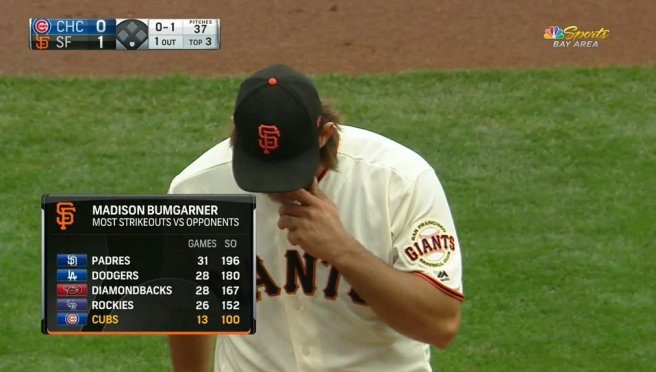 Second Bumgarner snotrocket happened in the 4th inning at 1:46 PM: 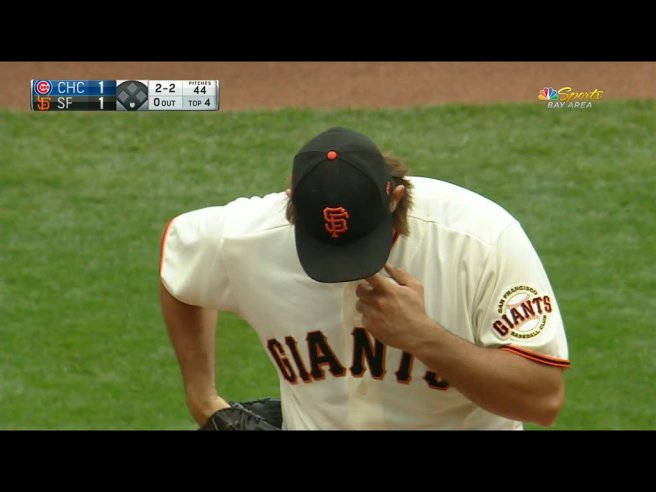 Followed by an exciting after wipe: 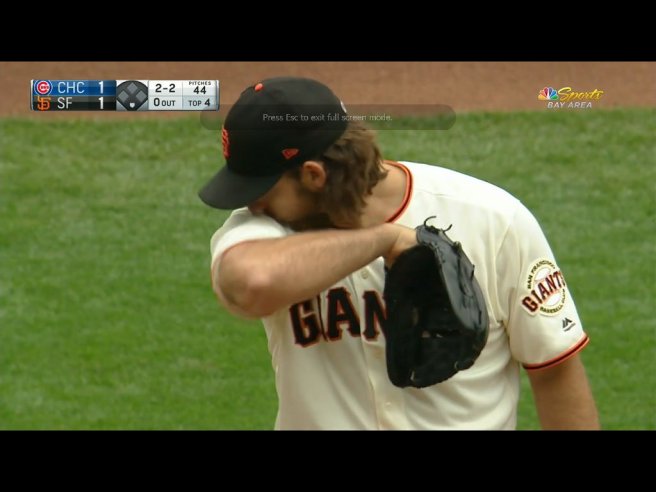 The third and final snotrocket of the game was also followed by an after wipe. First up of course is the snotrocket: 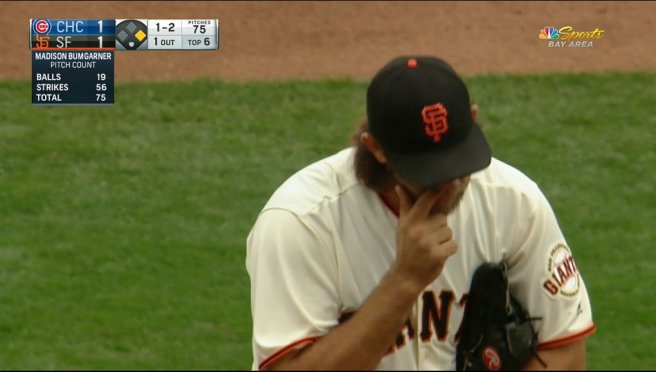 And the after wipe, this time with the fingers and not the sleeve: 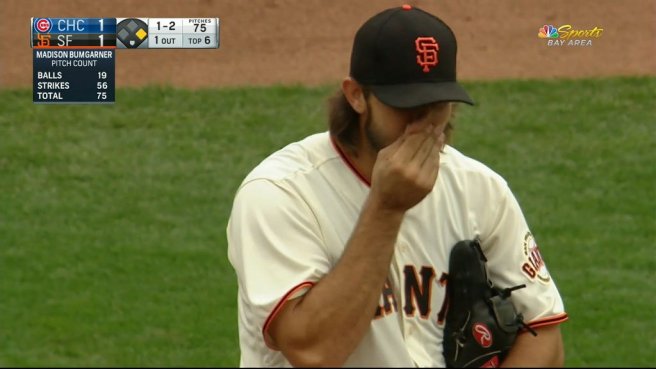 Madison Bumgarner’s next start should be Tuesday, August 15, 2017 on the road vs. the Miami Marlins. See you here or on Twitter (but probably here the day after the game) for all the exciting Bumgarner snotrocket action.