Madison Bumgarner’s season is over. He was due to start one more game this weekend before the Giants closed out this miserable year but for whatever reason manager Bruce Bochy decided to shut down Bumgarner prematurely. How dare he. Doesn’t Bochy realize that he’s depriving the world of the majesty that is Bumgarner and his snotrockets? The nerve of some people.

Here are Madison Bumgarner’s snotrocket totals and other vital statistics for Saturday, September 23, 2017 on the road vs. the Los Angeles Dodgers (ew):

Caught blissfully unawares that this would be Bumgarner’s last start of the year @SanDiegoGiants  cheerfully went about his business of screencapping and giffing the game’s snotrockets. First up though is something else that’s also very important: 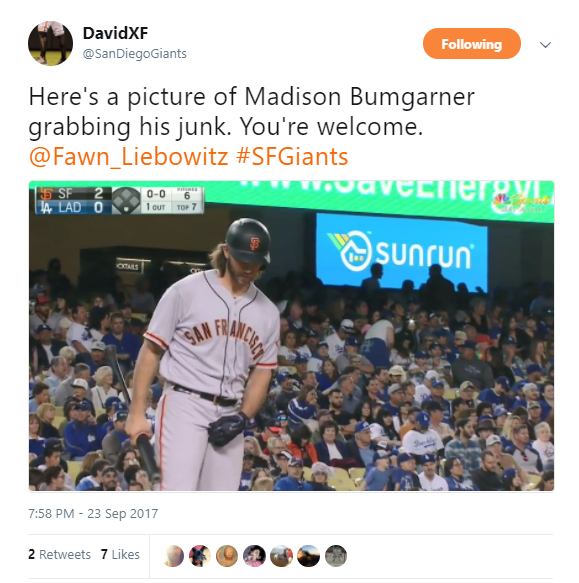 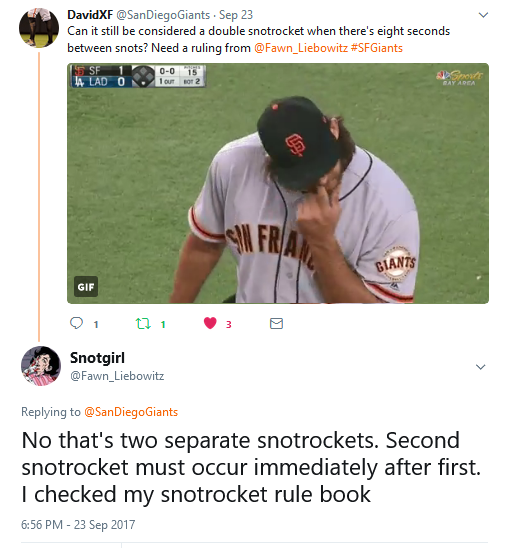 Double snotrocket that’s not a double:

Bumgarner did blow one actual double snotrocket in this game. It occurred in the 8th inning and as always we here at Bumgarner Snotrockets® aim to please by providing you with twin nostril action. First up is a snotrocket from the left nostril: 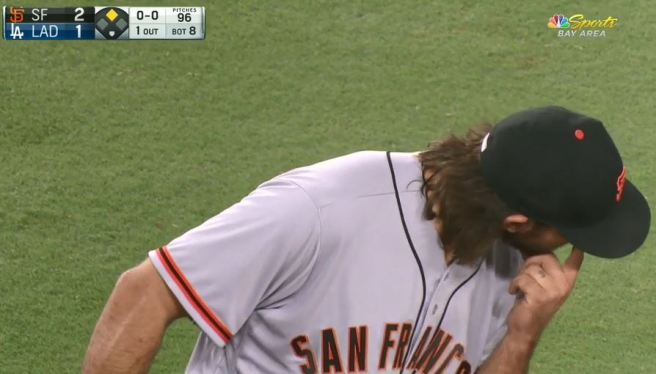 And one from the right: 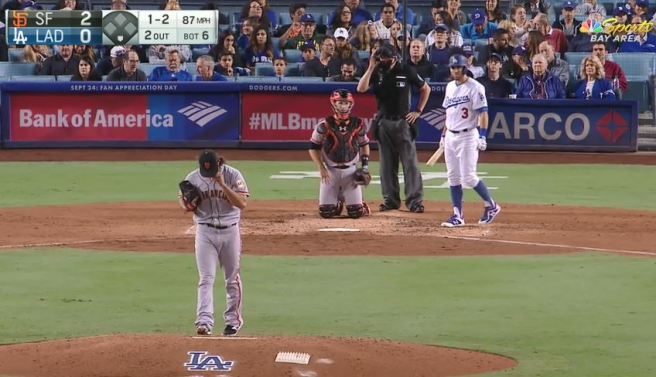 This important scientific discussion took place during the game: 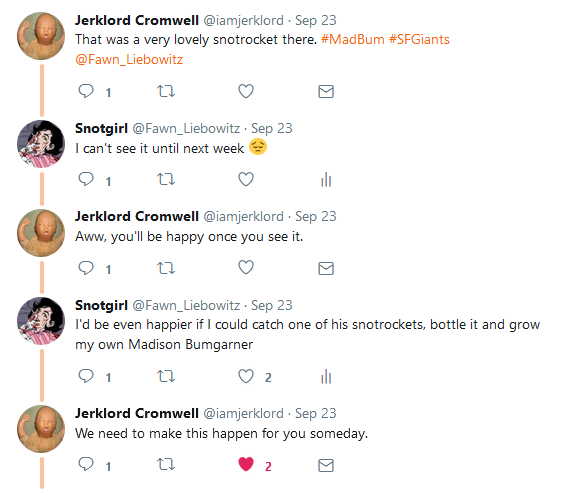 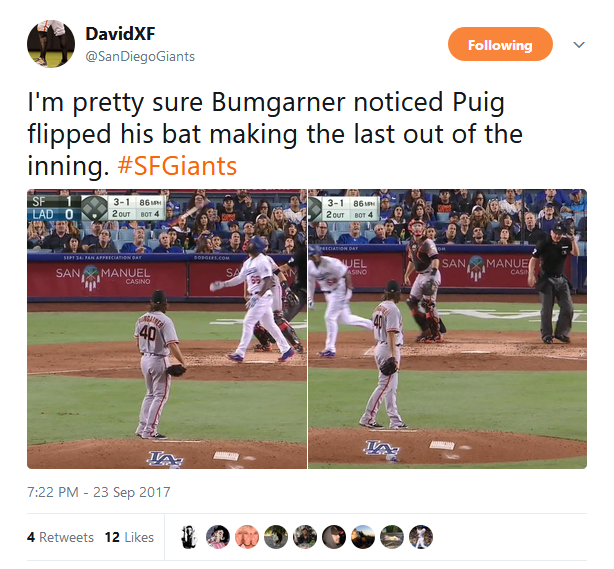 I made this screencap myself because I thought that Madison Bumgarner actually had a bottle of milk in the dugout with him and I thought “Oh cool, Bumgarner’s a fellow milk fan” but no, upon closer examination I realized it was just a water bottle with something wrapped around it. I did notice in the background though a neat little detail: the Giants have their own bags of sunflower seeds. Check it out: 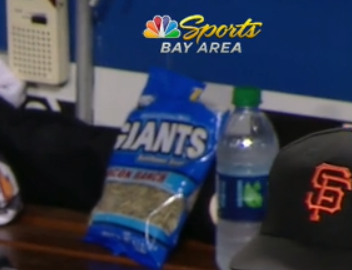 And here endeth another Madison Bumgarner snotrocket season, abbreviated by a dirt bike and cut short by a Bochy. Even thought Bumgarner closed out the season with less than 100 snotrockets I’m still grateful that I got to see any at all. And you should be too. Thank you Mr. Bumgarner for your excellent pitching, hitting and snotrocketing. We are not worthy.

Coming soon to this blog will be Bumgarner’s snotrocket totals for this season, complete with breakdowns (day, night, home, road, team, league, etc.) and also a post featuring the best snotrocket screencaps and gifs made by @SanDiegoGiants, @iamjerklord and even some by yours truly. So stay tuned for those and also any breaking Bumgarner snotrocket news. Thanks for reading!