We had Giants. We had furious Madison Bumgarner. We had eight year old snotrockets. Can you feel the excitement?

Here are Madison Bumgarner’s snotrocket totals and other vital statistics for Monday, August 9, 2010 at home vs. the Chicago Cubs:

It was a pretty good game snotrocket-wise for Mr. Bumgarner. He hit double digits back on that August 2010 night. He doesn’t reach that kind of lofty number often these days so it was fun seeing so much mucus fly. I’m going to go out of sequence and post a nice, classic profile snotrocket screencap which came in the 5th inning: 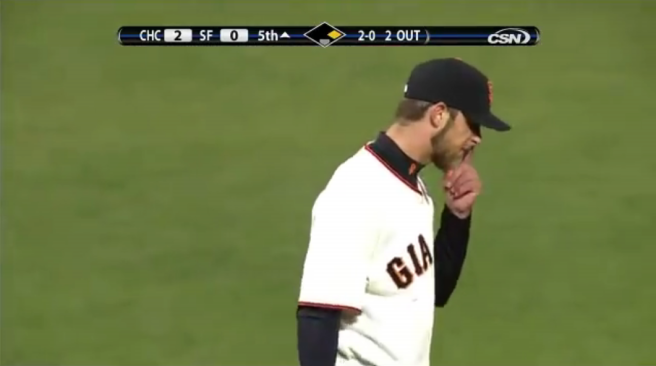 Not bad huh? It was one of the better ones of the night. But let’s get back to the snotrockets in chronological order. Keys To The Game snotrocket before Bumgarner threw his first pitch:

That was followed within seconds by snotrocket #2: 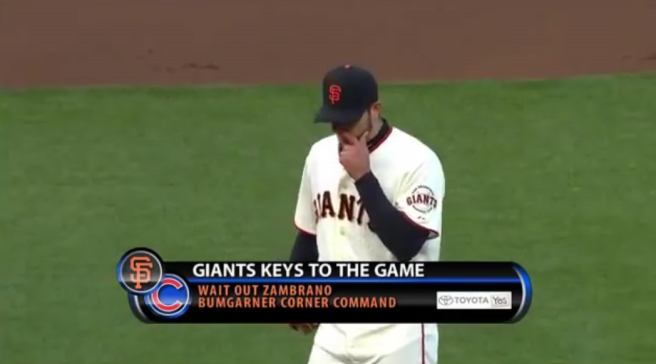 I was only able to catch a tiny glimpse of this snotrocket from the 4th inning: 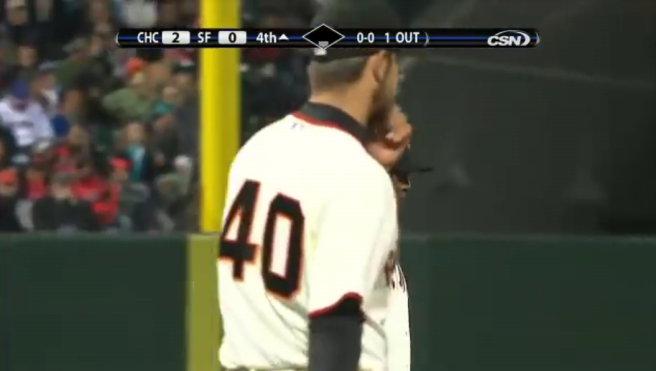 A  fuzzy centerfield camera snotrocket also from the 4th inning: 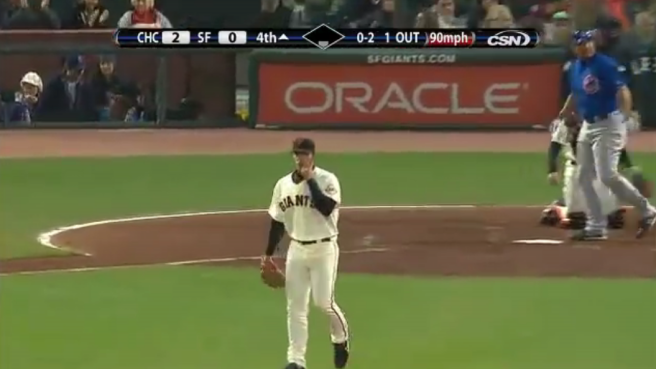 Here’s a nice nose bender snotrocket after Bumgarner finished the top of the 4th: 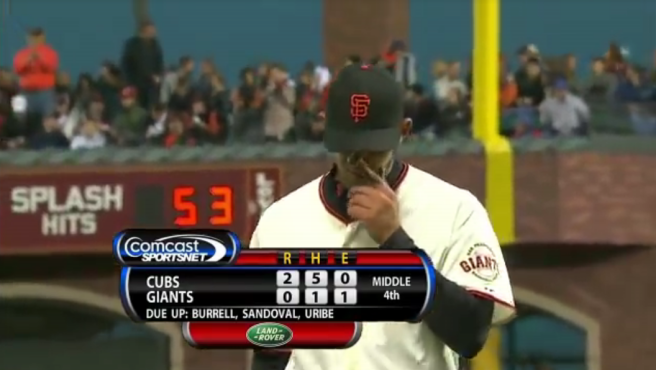 A rare mound visit snotrocket from the 5th inning. Bumgarner’s nose is blocked from view by pitching coach Dave Righetti’s head but trust me there was mucus flying: 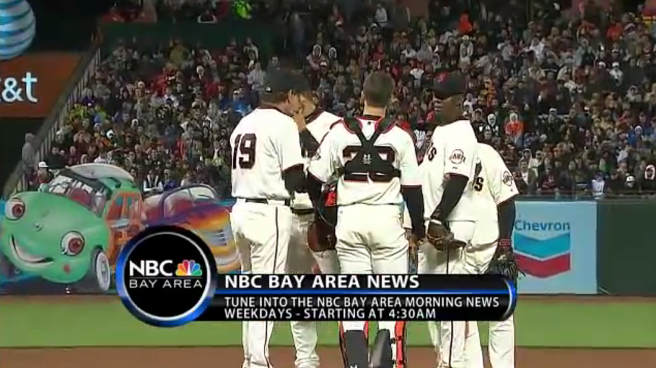 Another partially obstructed view snotrocket, also from the 6th inning: 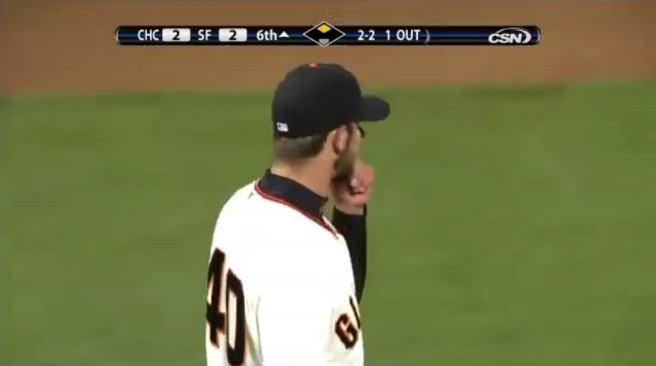 As you can tell from that mound visit by his pitching coach and teammates Madison Bumgarner got into a bit of trouble in the 6th inning. At one point Bumgarner gave up a go ahead run to the Cubs and he was not happy about it:

Really, really not happy about it: 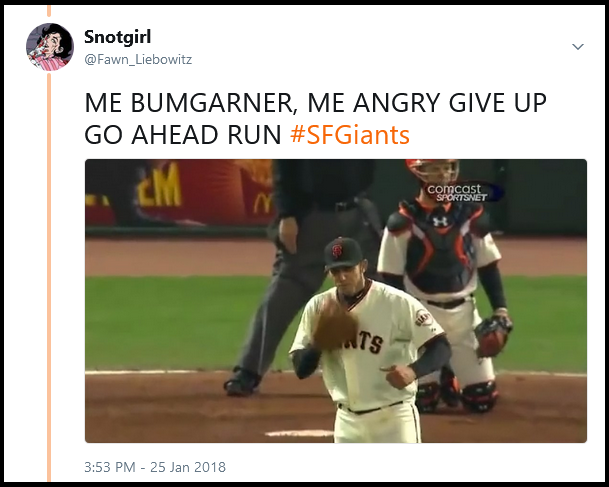 Still angry even in the dugout: 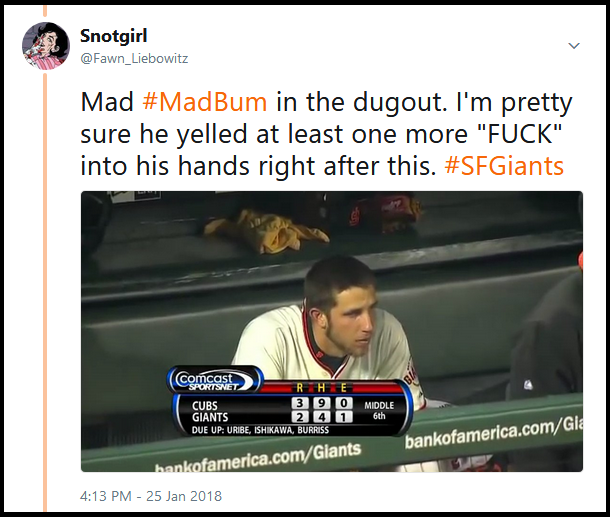 Everything turned out all right though in the end because the Giants came back and scored a couple of runs for the win. A dog that was at the ballpark that night was overcome with emotion: 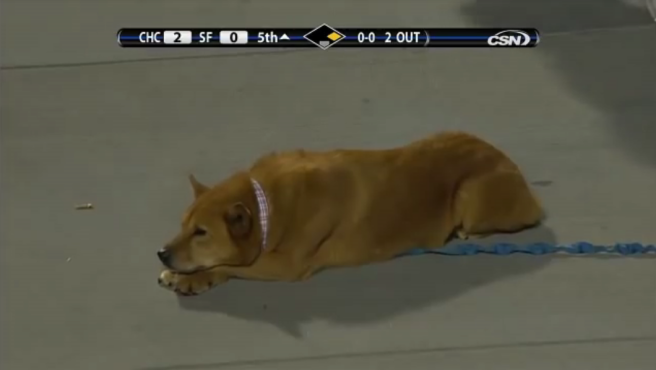 Bonus screencaps – it was Jerry Garcia Night at AT&T Park back on 08/09/2010 so Giants broadcasters Mike Krukow and Duane Kuiper dressed for the occasion: 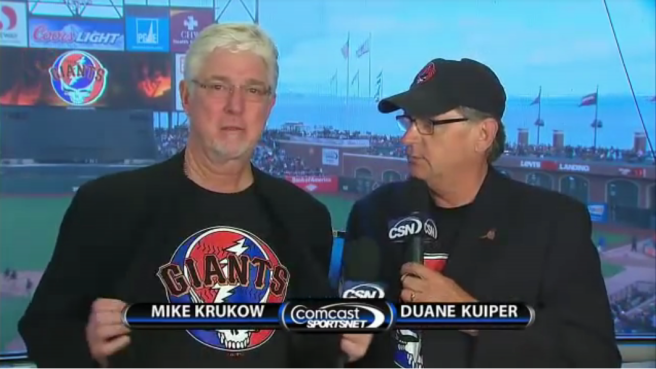 Former NBA star Bill Walton is a huge Grateful Dead fan so of course he was in attendance at the game: 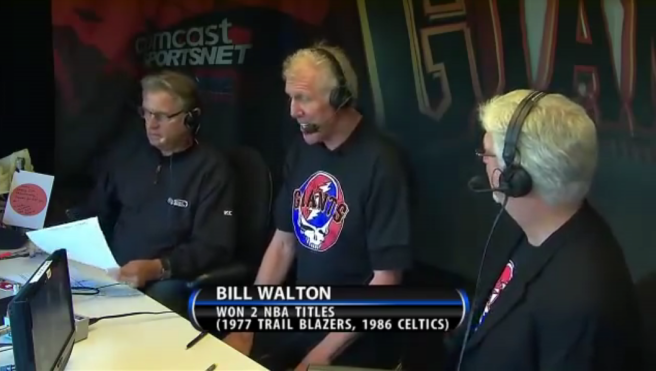 Mr. Walton is always a fun guest in the TV booth during a Giants game but appearances like his do not make my job any easier: 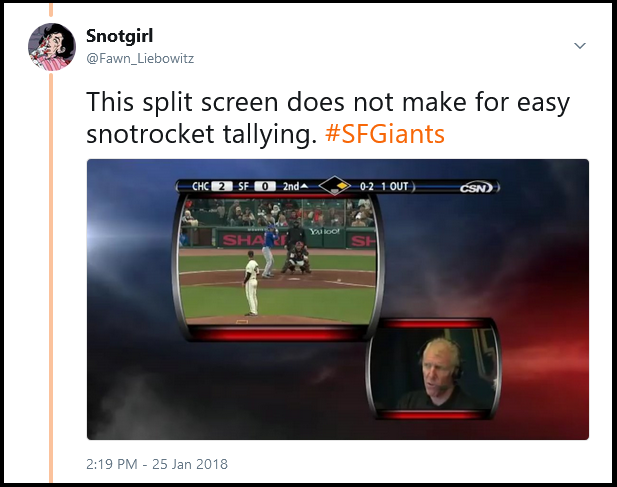 Fans in attendance that night got this nice Jerry Garcia bobblehead: 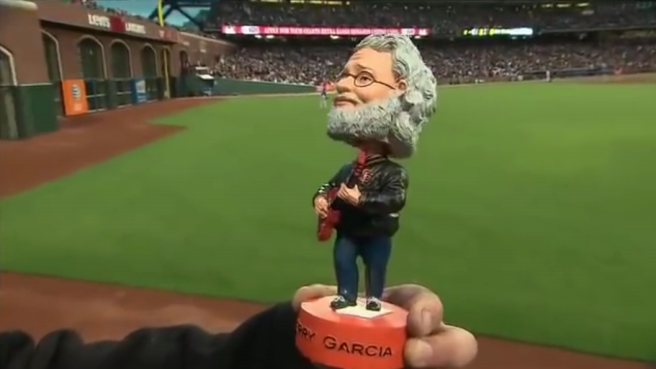 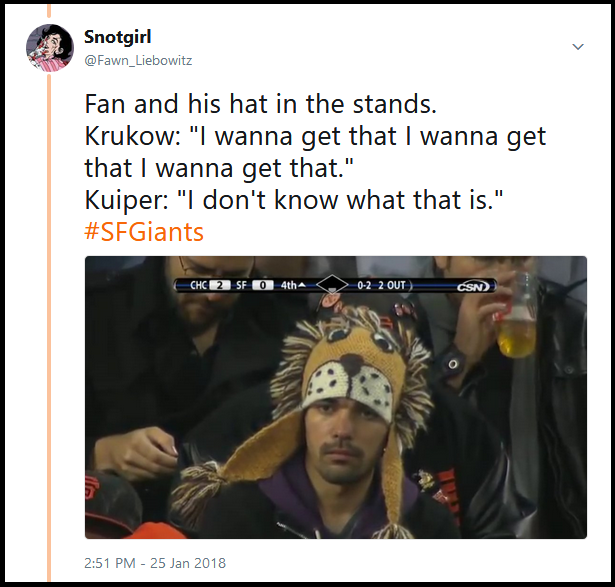 The next stop on the Madison Bumgarner Vintage Snotrocket Tour will be a day game at home vs. the San Diego Padres. I’ll probably live tweet that one when I watch it so see you on Twitter and of course here too for all the exciting antiquated snotrocket action.