The Madison Bumgarner Vintage Snotrocket Tour continues to chug along, gathering steam and mucus. Today it made a late summer stop in St. Louis circa 2010 and I got to witness a San Francisco Giants win against the Cardinals but more importantly I saw snotrockets.

Here are Madison Bumgarner’s snotrocket totals and other vital statistics for Friday, August 20, 2010 on the road vs. the St. Louis Cardinals:

Let’s get things started with a shy snotrocket from the 2nd inning: 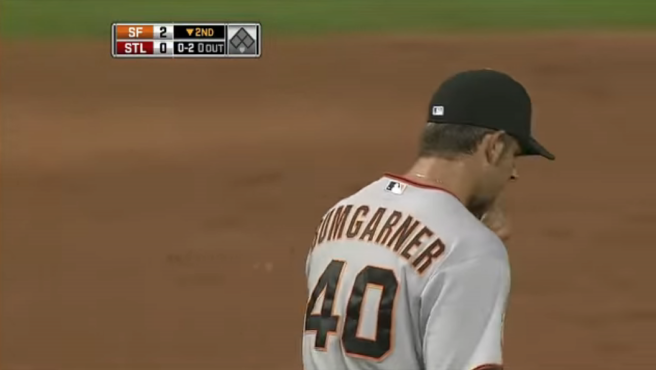 Before that one though I did witness an on-base snotrocket in the top of the 2nd, when Bumgarner reached 3rd base: 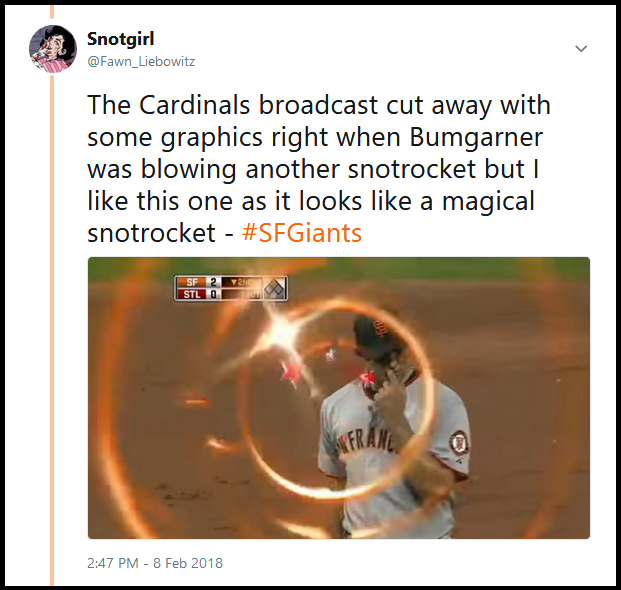 Another shy snotrocket, this time from the 5th inning:

Fuzzy side view snotrocket from the 7th inning:

The Cardinals used some interesting graphics for their TV broadcast:

Getting to view all these vintage Bumgarner snotrockets has been fun but I also enjoy hearing various broadcasters discussing Bumgarner at the very beginning of his major league career, before all of his postseason excellence:

Player of this game and every game he’s in: 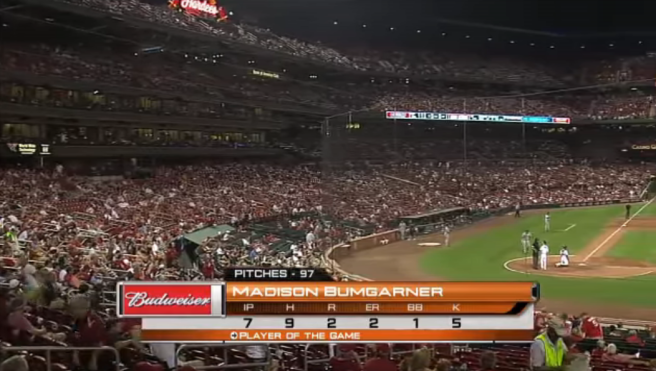 Madison Bumgarner’s next start after this one was a game at home against the Reds. I should be live tweeting that so see you on Twitter and of course here for all the exciting vintage Bumgarner snotrockets.