There was magic in the air last Thursday at Citi Field. Madison Bumgarner went 8 strong innings and got the win, his teammates actually gave him run support and last but not least there were multiple snotrockets in the game. What kind of sorcery is this? Bruce Bochy must have found one of these somewhere:

Here are Madison Bumgarner’s snotrocket totals and other vital statistics for Thursday, August 23, 2018 on the road vs. the New York Mets:

Also from the 5th inning, another Bumgarner nasal beauty: 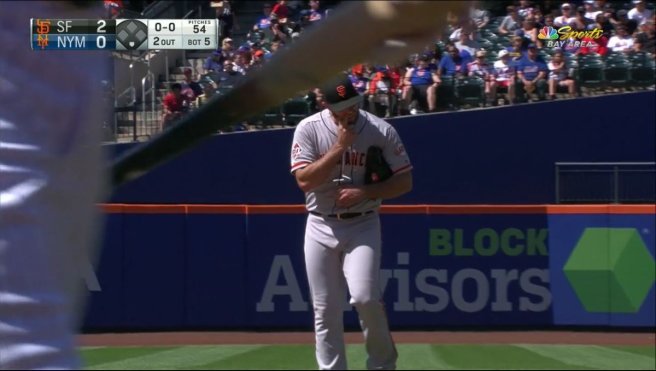 I managed to capture a few myself although the quality of the screencaps are a little fuzzy: 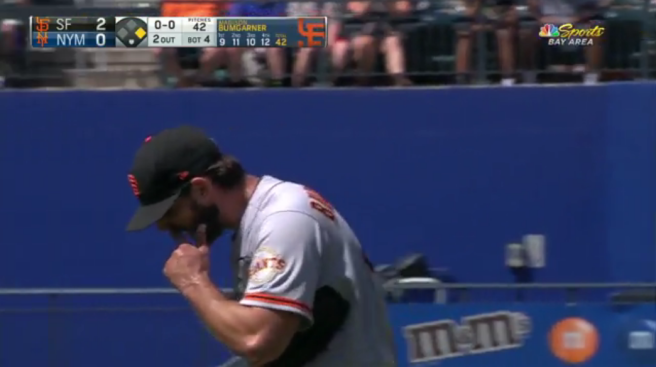 Also we have a real treat for you. During Mr. Bumgarner’s latest start Giants fan @xSammySeventeen was in attendance at the game and accomplished not one but two rare feats: she managed to capture an aerial bullpen Bumgarner snotrocket. In person, no less. I have been tallying Bumgarner’s snotrockets going on now for 7 + years and to my knowledge this is the first time that such a thing has ever happened. So without further ado here is the rarest of Bumgarner snotrockets:

Isn’t it beautiful?  Years from now you can tell your grandchildren where you were the minute you witnessed such snotrocket magnificence.

And finally I have no real good reason to post this except that I liked the advertisement on the backstop: 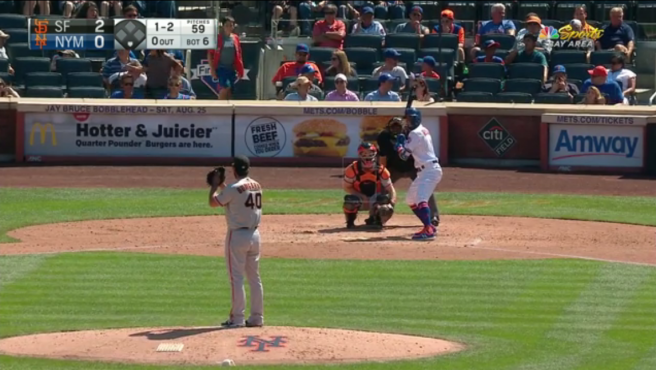 Madison Bumgarner’s next start should be this Tuesday, August 28, 2018 at home vs. the Arizona Diamondbacks. See you here or on Twitter for all the exciting Bumgarner snotrocket action.