No, we are not going to have Madison Bumgarner and Buster Posey both shooting snot out of their noses simultaneously (although how AWESOME would that be). Instead this is another one of those two-for-the-price-of-one snotrocket blog posts. You pay nothing and get two snotrocket game totals. That’s right we’re giving away the mucus here at Bumgarner Snotrockets. Crazy, right? Free snotrockets? We must be insaaaaaaaaannnnne okay I’ll stop now. 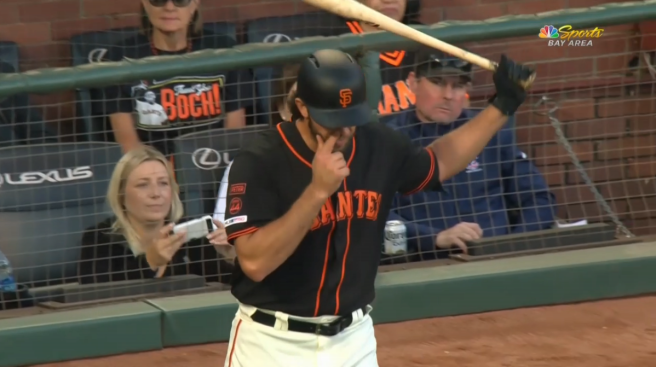 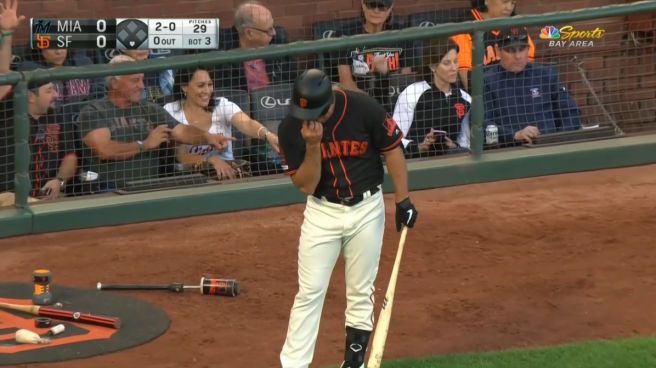 At one point in the game Giants’ CF Kevin Pillar made a very nice catch in the outfield and when the inning was over and both players were in the dugout Bumgarner rewarded Pillar with his specialty, the BumHug: 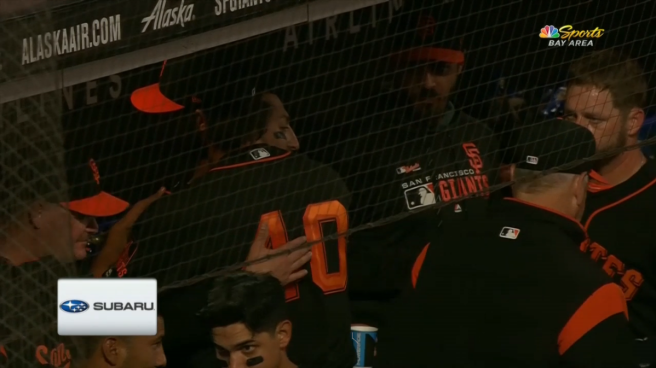 And later on Madison Bumgarner got hit by a comebacker. The ball glanced off his stomach but it didn’t faze Bumgarner one bit and he stayed in the game. His battery mate wanted to make sure everyone knew what happened: 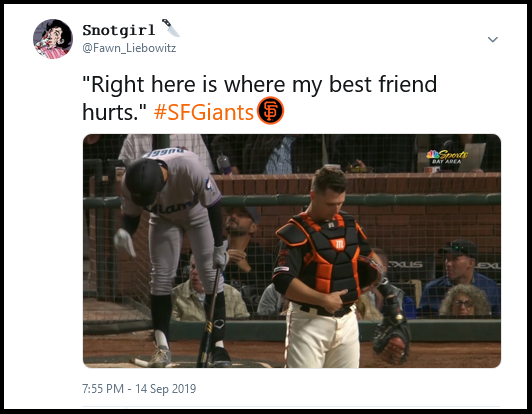 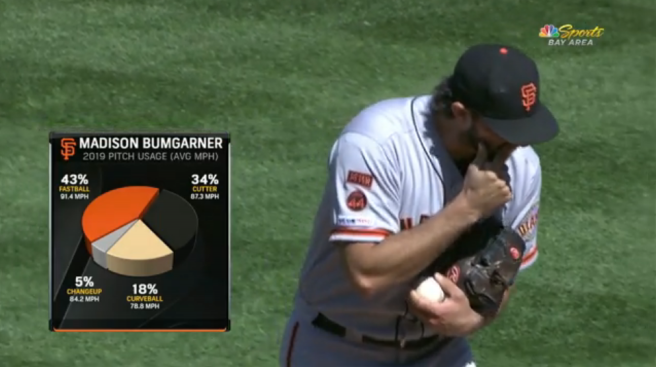 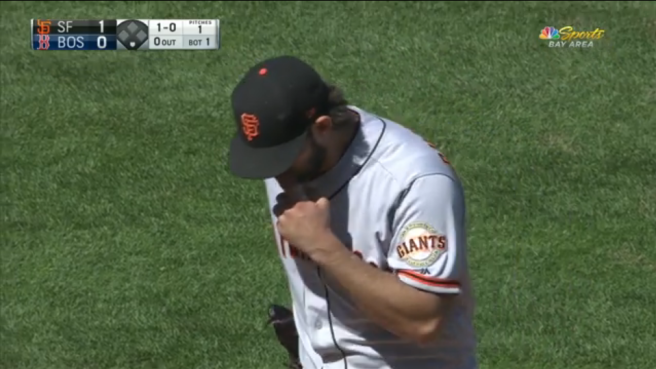 Something very important happened in this game: 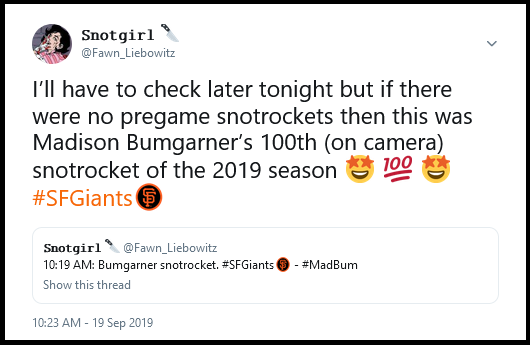 Madison Bumgarner’s next start could be Tuesday, September 24, 2019 at home vs. the Colorado Rockies. See you here or on Twitter for all the exciting Bumgarner snotrocket action.